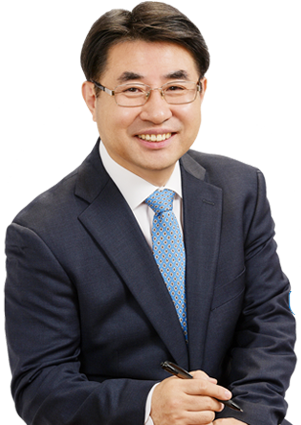 It is a great pleasure to meet you.
I am Dr. Wonhee Lee, the 8th president of Hankyong National University.

Thank you for visiting Hankyong National University,
which has 82 years of tradition.

At each inflection point of the times, Hankyong National University has grown by providing paradigms for our society and presenting new values.

In the meantime, our university has made great achievements in projects hosted by the Ministry of Education, and has contributed to the development of the local community through specialized industry-university cooperations.

It has also achieved great advancement in education, research, international cooperation, and other areas, with the notable example of the employment rate of 66.8 percent in 2020, which was the highest rate of any general national university in the nation.

Based on these achievements, we aim to establish ourselves as a leading national university in Gyeonggi Province, play a pivotal role in higher education, and become a leading agent of university education and innovation in the fourth industrial revolution..

In addition, we will try our best in education to cultivate people of talent who are strong in the field, while strengthening our function and status as a university cooperating with the local community.

Hankyong National University presents the opportunity to take a new leap forward and develop in an era of uncertainty that requires creativity and innovation, and every member of the university will be committed to realizing our vision of “The university creating the future together and the only university and flagship national university in Gyeonggi Province.